GMAT Eligibility Criteria For 2022 | All Criteria for GMAT Exam

The Graduate Management Admission Test (GMAT) is a globally accepted exam. It is used by top graduate business schools in the world to access analytical, quantitative, verbal, and writing skills. Developed and administered by the Graduate Management Admission Council (GMAC), the GMAT not only gauges analytical writing and problem-solving abilities, but also evaluate data sufficiency, logic, and critical reasoning skills that are very important in real-world business and management success. It increases the earning potential of an individual and also opens different doors of opportunities.

Well, 9 out of 10 MBA admission decisions are made enlisting a GMAT score. This test can be given up to five times a year and it is compulsory to have a gap of about 16 days between the attempts.

One can attempt the GMAT eight times in total in his/her lifetime.

There are more than 200,000 annual test-takers of the GMAT. GMAT is a type of computer adaptive test i.e the testing software modifies according to one’s performance as they break through the test. For example, after a candidate starts with the test, the computer comes up with more tough questions and surges its evaluation of his/her ability.

Also, if and as one answers incorrectly, the computer brings up easy questions thus reducing its evaluation of their ability. The decision of the score is made by an algorithm that calculates the ability level of the candidate which is not just based on answers they got correct but also based on the difficulty level of the questions they answered.

The GMAT test score has a 16% weightage which is the highest in the MBA application process. Hence, scoring a 740+ on the test will raise one’s chances of getting into a top business school.

To ace the GMAT, it is very important for the candidates to build a concrete preparation strategy. And before starting with the preparation of this entrance test, it is vital for them to become familiar with the GMAT eligibility criteria for 2022 and understand whether they are eligible for it or not. There are no specific criteria mentioned by the examination officials i.e GMAC.

However, there are 8 GMAT eligibility criteria that a candidate needs to consider.

The GMAC has not announced any official academic qualification for GMAT 2021. There is no limit of minimum or maximum academic qualification. The students who have completed their under graduation program in any discipline can appear for this test. Along with this, the students who are in their final year of degree examination can also take this test. Since there is no age limit for taking the GMAT, working professionals can also appear for the GMAT.

The candidates of age 13 years and above are eligible for taking the GMAT test. However, if the candidate’s age is between 13 and 18 years, the candidate is required to get a parent or legal guardian’s signed permission letter in order to allow the respective candidate to take the test. If the candidate’s age is 18 years and above, he/she can undertake the test without the need for any permission letter from anyone. Since there is no upper limit for taking the GMAT, there are many aspirants above 30 years of age that take this test every year.

Eligibility For GMAT by Nationality

The GMAT can be taken by people of all nationalities. The rules and guidelines that are dictated by the GMAC are equally pertinent to all the candidates, despite which country they come from. However, there may be some specific rules about the identity proof that the candidates need to produce at their test center according to their nationality.

The candidates that are planning to appear for the GMAT must keep the following documents ready beforehand as these details are to be filled in the registration form.

The medium of Instructions

The candidate whose medium of instruction in school/college was English is also eligible to appear for the GMAT.  Most of these candidates have to take IELTS or TOEFL for proficiency in the English Language. As a matter of fact, the students without an English academic background have thoroughly aced the GMAT. This is possible because of the correct approach and immense dedication.

The candidate can take the GMAT test throughout the year. However, there are some rules that the candidate needs to follow:

The students with disabilities are provided with special reservation criteria. The following categories are taken into consideration  under the disability criteria:

However, these GMAT test-takers need to document the following with their application:

There is no need for minimum or maximum Work experience in order to appear for the GMAT. The candidate who has just completed his/her under-graduation program or even a seasoned industry veteran can appear for the test without any kind of restrictions. However, the b-school education committees do evaluate the performance based on work experience and this must be noted by the candidate as the B-schools consider multiple factors while admitting a candidate in their institute.

Once the candidate is eligible for the GMAT, he/she can proceed further with the registration process and hence ace the exam by starting with thorough preparations.

← What is the GMAT Exam? Difference between CAT and GMAT →

Difference between CAT and GMAT

Master of Business Administration (MBA) is one of the most trendings and admired post-graduate programs in India as well as abroad. This two-year program is a... 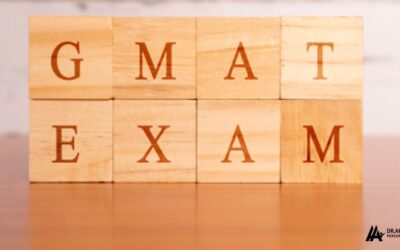 What is the GMAT Exam?

GMAT is the Graduate Management Admission Test. It is used by top graduate business schools to access analytical, quantitative, verbal, and writing skills. It...